OMG! Can My Little Chihuahua Get My Big Dog Pregnant? 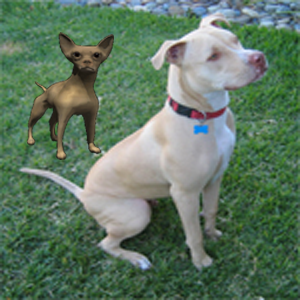 First of all, please excuse my ignorance with this. This whole situation took us by complete surprise. My female Pit Bull recently came into her second heat, and while we also own an un-altered male Chihuahua, we weren’t too concerned about the likelihood of the two mating (due to HUGE size differences). Well, it turns out that our li’l Chihuahua is quite the Casanova. He won’t let our female leave his side, and has managed to successfully penetrate her twice (that I have seen). Although a tie has not occurred, he definitely finished his duties both times. I have read that a tie between a (F) Pit and a (M) Chihuahua is not possible because of penis size, but have also seen evidence of successful litters. What is the likelihood that two successful matings without a tie will result in pregnancy?

Mind you, I have bred before — 2 Border Collies — a few years ago, so I’m prepared for the ramifications of my ignorance! Just want to know whether or not I should start thinking about collecting whelping supplies!

Where there is a will, there is a way. If the female was patient and accepted his advances she was most likely ready to ovulate. You have 5 days to terminate the pregnancy by having the female get an estrogen injection that will prevent the fertilized egg from implanting in the uterus.