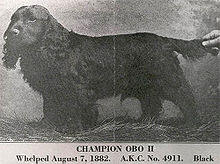 Pet Care Articles by Dr. B — A dog with a problem that would not respond to treatment…

As luck would have it, my best friend’s dog, Kobe, presented with a common illness in a most unusual way. Kobe is a nine year old English Cocker Spaniel. One day, before setting off on a mountain bike ride, I was asked to look at some skin lesions that had appeared on Kobe’s face. It was easy to see that Kobe had developed a condition common in the spaniel breeds- a lip fold pyoderma. Essentially, this condition is like a diaper rash with a secondary infection that develops in the folds of the lips on the sides of the lower jaw. Normally, good hygiene, in the form of wiping the lip folds after eating and drinking, combined with oral and topical antibiotics readily correct the situation. If that had been the outcome, I would be telling you about some other case. Kobe’s condition not only failed to respond to the treatment, but over a period of two weeks got horribly worse. Large areas of the face and neck developed large boils, severe swelling, and the skin actually became necrotic and started sloughing off. Biopsy of the skin lesions revealed a severe infection complicated by the presence of Demodectic mange mites.

This particular type of mite is a normal inhabitant of the skin and is not contagious to other dogs or to their masters. The vast majority of cases of skin problems related to the mites are seen in dogs under a year of age. Their proliferation, allowing them to cause skin damage, is usually thought to result from a drop in immunity from the host animal. While some cases may persist for months, most cases are readily cleared up using a combination of special insecticidal dips as well as parasite medications that are given orally. It is understandable that the young dogs, by having to devote so much of their energy to growing and teething, may fall susceptible to the opportunistic mites. But what about the older dogs, like Kobe? When we see the problem in older animals, there is always a concern that there is a concurrent illness which prevents the immune system from devoting its full attention to controlling the mites. In Kobe’s case, no other malady could be found and in spite of the application of the dips and ingestion of the antiparasitic medication and antibiotics, the condition continued to worsen to the point that we considered euthanizing the poor dog.

This called for drastic action, so I decided to try a new regimen for combating the mites. Normally the dip (Mitaban) is applied over the whole body at one to two week intervals. We started applying the dip over the affected areas twice daily after literally giving Kobe facial treatments twice daily. Our devoted technician, Eloisa, spent 30 minutes twice daily, soaking Kobe’s face with warm towels, drawing out the infection and opening the pores where the mites hide. This allowed the dip to penetrate more deeply. Kobe, sensing that the treatments would help, sat patiently and allowed Eloisa to work her miracle. Within a week, the skin started to improve, at first slowly and then dramatically, and after a month everything had returned to normal and the mites were gone!

But we weren’t finished. Six weeks later, the condition returned. By reinstituting our new treatment, the condition was rapidly brought under control. The challenge now is how to prevent another relapse. To this end, we will have Kobe’s “parents” use the dip prophylactically every two weeks in an attempt to keep mite populations to a minimum.

As we set sail into uncharted territory, I can only hope that this second treatment improvisation is as effective in preventing recurrence as the first improvisation was in terms of correcting the condition.

One side note — as sick as Kobe was, he never missed a meal!