Why is my bird plucking feathers out, and pecking at himself so badly he causes severe injuries? And what can I do about it? 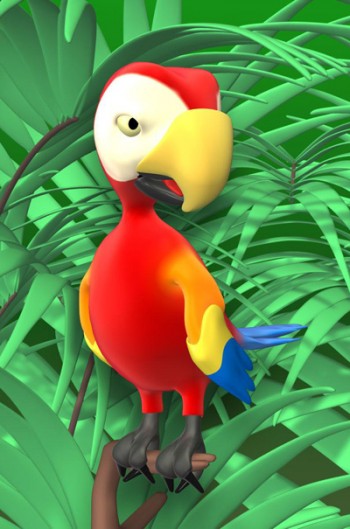 TIFFANY MARGOLIN, DVM, DIPL ABVP AVIAN, NAET CERT, DISCUSSES WHY A BIRD PLUCKING FEATHERS OUT AND SELF-MUTILATING CAN BE A SERIOUS ISSUE, PROVIDES INFORMATION ON CAUSES AND TREATMENTS

When we see a bird plucking feathers out and self-mutilating, we are seeing two of the most frustrating conditions for an avian veterinarian, the owner and the birds themselves. The onset of feather plucking can be surprisingly rapid, and is one of the most disturbing and troubling problems bird owners can encounter. Your little friend may become un-feathered in a matter of one night!

Self-mutilation, as opposed to feather plucking, is a life-threatening disorder. It is most common among cockatoos and lovebirds, although the problem can affect members of other species as well. Self-mutilators will chew into their own flesh, typically causing the most severe damage to the pectoral (chest) muscle, but damage can occur anywhere on the body. While feather-picking diminishes aesthetics and causes anxiety for the bird owner, self-mutilation can result in massive blood loss and death.

The phrase “feather-plucking” ranges from over-preening and chewing to complete removal of all body feathers within reach. Feather plucking does not occur in the wild, where birds must spend time seeking food, avoiding predators, mating, and breeding and rearing their babies. In captivity, they do not have these survival tasks to keep them occupied and out of trouble. The most common species affected by feather plucking are the African grey, eclectus and lovebirds. The temperament of these birds, their bonding behaviors and anxiety levels all contribute to the problem.

Often this problem will go on for several months, or even several years when a bird is finally brought into the clinic. Owners frequently think that it may just be a “phase” that will hopefully resolve itself. Unfortunately, the longer the problem is allowed to go on, the more factors contribute to it and the more difficult, if not impossible, it is to resolve.

Feather plucking seldom has a single cause. It is important to realize that once a parrot has begun this activity, it may never be completely controlled.

While it is easy to assume medical causes for mutilation of skin and feathers, it is not always a good first step towards resolution. I am often asked by pet owners, “Is he just stressed, doctor?” There is no way to answer that simple question without gathering medical and behavioral information. But, by doing so, we can see the “big picture.” Medical causes include, but are not limited to:

It is vital that your feather-plucking friend receive a thorough workup to rule out any underlying physical causes for the problem. Tests may include blood testing, x-rays, skin/follicle biopsies and other diagnostic procedures ordered by your avian veterinarian. Subtle physical changes may not be detected, but it is important that this step be completed.

Hormone levels can, and often will, play a role in feather chewing, plucking and sometimes self-mutilation. The increased levels of reproductive hormones in captive, non-breeding pet birds often create agitation and frustration which is then turned inward. Currently, there are no sufficient avian laboratory tests to measure hormone levels. Your vet must use the history you provide and the behavior of your parrot to determine if hormones are playing a role. If a hormonal cause is found, there are safe and effective treatments available.

Once a thorough inspection for medical causes is completed, avian veterinarians typically look for upsetting behavioral and environmental situations that result in anxiety for your bird. These may include, but are not limited to: creating a schedule when they are young (and then abandoning it), leaving town, adding or removing members of a household (animals or humans), cuddling frequently and then changing cuddle behaviors or time spent with your bird, moving the cage and decreasing contact or play time. Less important causes include too few or incorrect toys and perches of the wrong size or material.

Some measures that you can take to prevent feather plucking from the beginning are to:

Because diet and nutrition play a significant role in the prevention of disease, it is critical to get started on the right foot with your feathered friend. Although there is some variation among the species, the main tenants of feeding parrots are as follows:

Further discussion of methods and medications to control feather mutilation is, unfortunately, beyond the scope of this article. It varies greatly from bird to bird. Achieving a resolution to feather plucking and self-mutilation will often require working closely and frequently with your avian veterinarian. It can be a long and frustrating road, so be patient. If you have the opportunity to consult with an avian behaviorist, do so before the problem begins. It is well worth the effort.